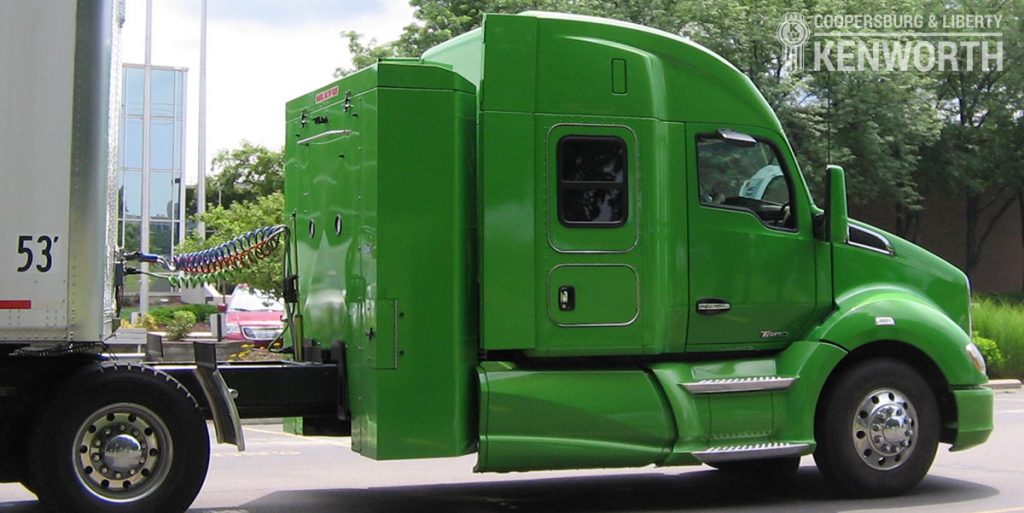 It’s well-known that Kenworth T680 trucks in New York are the most aerodynamic and fuel-efficient Class 8 trucks on the road today. Every month, more fleet operators are discovering that an investment into T680s leads directly to lowered on-the-road operating costs, often a reduction of 10% or more! Likewise, they’ve been awarded repeatedly for their advancements in fuel-efficient long-haul transportation.

However, Kenworth aren’t resting on their laurels. They recently announced new initiatives to make even more fuel-efficient and eco-friendly T680 trucks. These aren’t pie-in-the-sky concept vehicles only intended to be shown off at trade shows. They’ll be seeing real-world road testing within a year, and could potentially be hitting dealerships as early as 2018.

So, in a few years, the Kenworth T680 trucks in New York, and around the country, could represent a true paradigm shift in cost-effective, responsible trucking.

What does Kenworth have in store?  How about hydrogen fuel cells?

It’s an exciting time for truck technology, and we’ll be following these initiatives closely.

We always have the latest and greatest Kenworth tech here at Coopersburg & Liberty Kenworth. These concept vehicles might still be a couple years away, but in the meantime, come visit our two locations to see great deals on today’s top fuel efficient T680’s!