Kenworth T680 Trucks Around Washington, DC, Save You Money 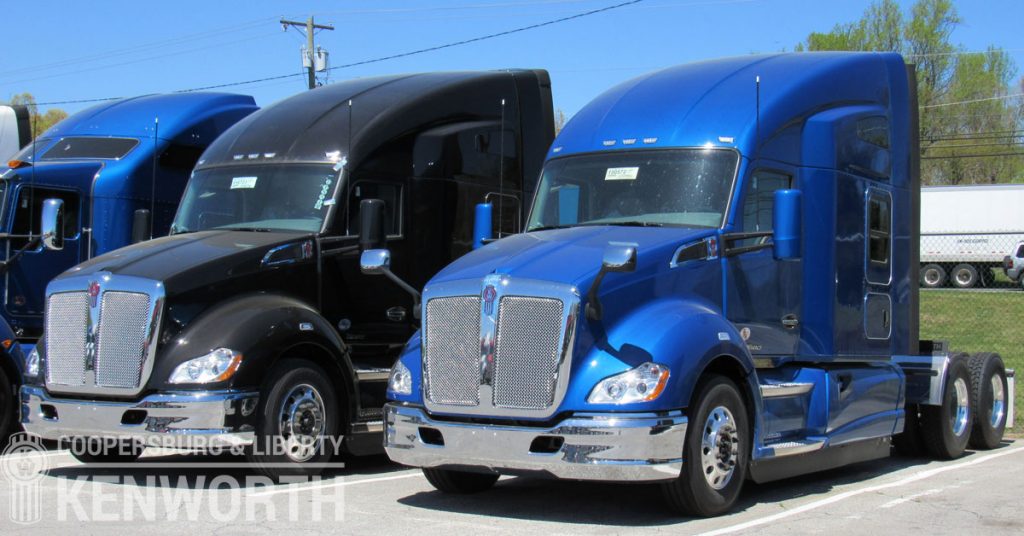 When Kenworth introduced the T680 in the 2013 model year, they might not have known that they would revolutionize Class 8 trucks… but that’s certainly what happened. Since its premiere, the Kenworth T680 has been lauded over and over for its incredible combination of cost-cutting and fuel-saving features, turning it into what is easily the most cost-effective heavy-duty truck on the road.

Kenworth estimates that the T680 can cut on-road costs by up to 10% compared to other Class 8 trucks, and there’s little reason to think they’re wrong. That’s why the Kenworth T680 remains one of the most popular models in Washington, DC, and throughout the Northeast.

Every component in the T680 was chosen to be as low-weight as possible, without compromising strength, power, and performance. Kenworth continues to advance this goal, refining the design every year with recently-introduced components, such as using new Spicer D-Series steer axles.

The T680 was designed on computers to reduce drag and optimize airflow over every inch of its exterior. Even easily-overlooked elements, such as the steps and door handles, have been crafted to minimize air resistance. The result is a truck that truly is as sleek as it looks.

Rather than just having one sleeper cab option, Kenworth has five. The most popular mid-range options have a great compromise between size, weight, and accessibility. This allows drivers to rest in comfort while cutting hundreds of pounds and over a foot of height off typical sleeper cab options to maximize loads hauled.

The Driver Performance Assistant in the dashboard is a smart computer with a big, easily-read display that acts like a co-pilot throughout a driver’s journey. From monitoring critical components to giving feedback on braking technique, it’s constantly supporting the driver and encouraging smarter fuel use.

A cruise control system that’s as smart as a human driver? Kenworth made it possible. By tying the cruise control to both GPS and radar systems, the cruise becomes responsive and adaptive to the local driving situation – saving money and reducing the likelihood of accidents.

With two lots in the Northeast, Coopersburg & Liberty Kenworth are worth the drive. Visit today to see for yourself!